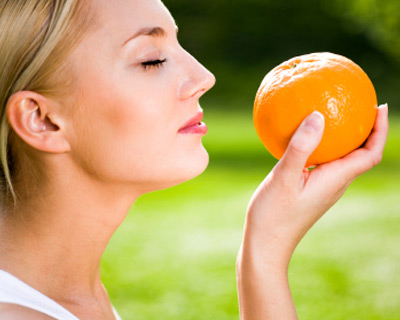 MIAMI (Reuters) – The aroma of baking bread wafts through the supermarket, even when the ovens are empty. The breezy scent of coconut oil floats through the bathing suit aisle of the department store when summer is months away.

Welcome to the world of scent marketing. Retailers are increasingly using ambient scents to induce shoppers to stay longer, spend more and maybe even behave a little more kindly toward fellow shoppers.

Beyond just creating a pleasant environment, the nascent scent marketing industry uses fragrance to tap into memory and emotion to strengthen brand identity.

Retailers are wary of discussing it lest theybe accused of manipulation. But the fragrance makers, researchers and advertising agents gathered in Miami Beach for the ScentWorld conference in December were happy to explain their art.

“Control is one of the most important parts,” said Scentevents founder Neal Harris. “Too much could be way too much.”

His Los Angeles company provided the cotton candy aroma that sweetened arenas around the world during pop singer Katy Perry’s recent candy-themed “California Dreams” tour. At a Hollywood Halloween party, he did what theme parks are rumored to do by releasing a popcorn aroma to put guests in a snacking mood.

“When you smell popcorn you want to eat it. But they’re not popping the popcorn there,” Harris said.

His company uses fragrance-infused ceramic beads and diffusers to fan the scent through a room. For larger spaces, the scent goes into the air conditioner or ventilating system. It’s a dry system so it doesn’t linger too long.

Scent marketing is expanding because the technology has become more sophisticated and more affordable, enabling a small retailer to scent the environment for less than $100 a month, said Jennifer Dublino, chief operating officer for the 5-year-old Scent Marketing Institute.

“Years ago when this first came out it was kind of clunky,” she said

Companies in the industry are privately held and do not report earnings but Dublino estimates their revenues at $80 million to $100 million annually worldwide.

That includes ambient scenting and the use of scents in ink, plastics, rubber and textiles but not traditional uses of scent such as consumer packaged goods, food, cosmetics and personal fragrances.

Simon Faure-Field, chief executive of the Equal Strategy consulting firm, has been nicknamed “the smell guy” for his efforts to incorporate scent to build brands.

For a New Balance shoe store in Beijing, he introduced Chinese shoppers to the 105-year-old U.S. brand by creating “a total sensory experience” designed to convey heritage and craftmanship. He used a nostalgic wood and leather scent, decorated the wooden-floored store with vintage ads and compiled a soundtrack of 1950s bebop music.

Shoppers spent twice as much money as in similarly sized stores elsewhere, partly because the atmosphere induced them to linger, he said.

“The longer a customer stays in a store, the more (they) spend,” Faure-Field said.

Success stories from other companies have inspired others to jump on the bandwagon, Dublino said.

Casinos were early adapters, experimenting with scent as they fought to neutralize cigarette and cigar smoke that chased gamers away. Theme parks use artificial scents to help create the illusion that guests are in ancient castles or primeval forests. Upscale stores scent their baby goods department with the soothing smell of baby powder.

Cruise lines and hotels use signature aromas in their rooms and on the brochures mailed to guests after they go home, in hopes the scent will bring back memories of a pleasant vacation and spur repeat bookings.

Even nonprofit Goodwill Industries has gotten in on the act, using a custom-made orange and honeysuckle scent created by Prolitec Inc to sweeten the shopping at its thrift stores in Wisconsin and Illinois.

Research bears out the powerful influence of smell on behavior, conference speakers said. Shoppers in a mall were more likely to help out a stranger in a pleasantly scented area than when the same area was unscented, said Jean-Charles Chebat, a marketing professor at the HEC Montreal business school.

Aromas stimulate the amygdala, which is also the emotional center of the brain. Once an odor is connected with an emotional experience, it can elicit that emotion later, which can in turn affect behavior, said Rachel Herz, a Brown University professor and expert on the psychology of smell.

But there is no subliminal odor perception, and therefore no way to use stealth scents to make someone buy something. And people’s reactions can vary widely because humans are not hard-wired to like or dislike a particular odor, Herz said.

She cited studies conducted in the mid-1960s and in 1978 asking Americans or Britons to rate the smell of wintergreen from among a battery of common odors.

In America, where wintergreen was only used in gum and candy, test subjects found it very pleasant. In Britain, where it had not been used in candy but was widely used in analgesic balms popular during World War Two, test subjects hated it and associated it with wartime.

More recently, the U.S. military tried to develop a universal stink bomb to disperse unruly crowds but could not find an odor that was repugnant to all, not even one dubbed “Army-issue latrine.” That smell was ubiquitous in places without modern plumbing and people who grew up around open-pit latrines were unfazed.

“The degree to which a smell is bad depends on the comfort level with it,” Herz said.

She cited the example of a woman who hated the smell of roses because she first smelled them at her mother’s funeral.

“Once an association with an odor is formed it can stay with you for life,” said Herz, who has written about sensory perception in her books, “The Scent of Desire,” and the soon-to-be released “That’s Disgusting.”

Retailers and advertisers are trying to tap into that scent association to help establish emotional intimacy with their brands and “get to the kiss quicker,” said Simon Harrop, chief executive of the Brand Sense Agency based in Oxford, England.

The efforts sometimes provoke a backlash. The London Underground coated the platforms at some of its tube stations with an encapsulated fragrance, described as a rosy jasmine with a hint of herbs, during a test aimed at making the subway more pleasant in 2001. It was quickly halted when some commuters complained that it made them feel sick.

An attempt to promote milk consumption by putting chocolate-chip-cookie scent strips in bus shelters was equally short lived in San Francisco. Transit officials ordered them removed amid concern they might provoke allergic reactions.

Scentmakers point out that many naturally occurring substances can be irritating, as any ragweed sufferer can attest. They argue that very few people, generally about 2 percent, suffer allergic reactions to manufactured fragrances, and that the industry has worked hard to stop the use of ingredients that can irritate skin or airways.

Complaints are more often based on simple dislike of a fragrance or overuse of scent in a small space, they said.

“One man’s pleasure is another’s pollution,” said Ladd Smith, president of the Research Institute for Fragrance Materials, which analyzes fragrances to determine their safety. “Involuntary exposure drives us crazy.”