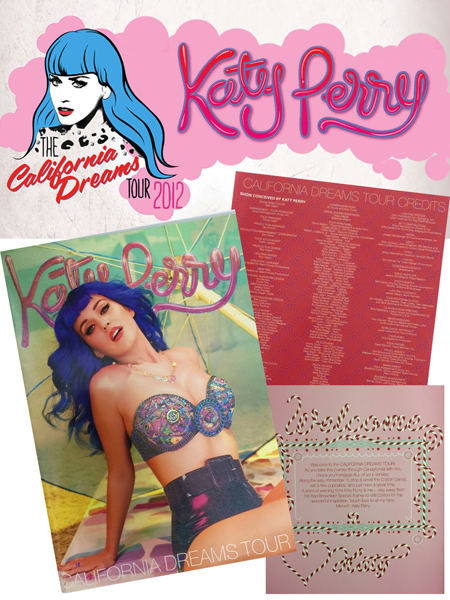 Katy Perry wants her upcoming California Dreams Tour to be arty and crazy, kinda like Lady Gaga and Pink’s shows are. And if that’s what she’s going for, it sounds like she’s on the right track! She says, “I have this whole thing in my show that is about candy and cupcakes and meat. It’s both really sweet and shocking, but not in a sexual way.”

In partnership with Scentevents’ Neal Harris, Katy was directly involved in picking the exact cotton candy smell she wanted the thousands of fans to experience at her concerts. “Katy is not only a talented artist but a savvy manager,” says Harris about working with the Grammy Award Nominee. “Her attention to detail is impressive. You can see how much she cares about her fans and wanting to give them a great show.”

Katy adds, “I just really want to raise the bar. Touring is no longer an ordinary thing where you play an instrument in jeans and a T-shirt. It has some pizzazz these days, and I’m definitely bringing the pizzazz with a lot of bells and whistles. The show has a Broadway feel to it. It’s got a storyline that’s going to be very interesting, kind of loosely based on my life, but a cartoon version.”

Katy’s world tour is currently in Europe and will hit the U.S. June 7th.